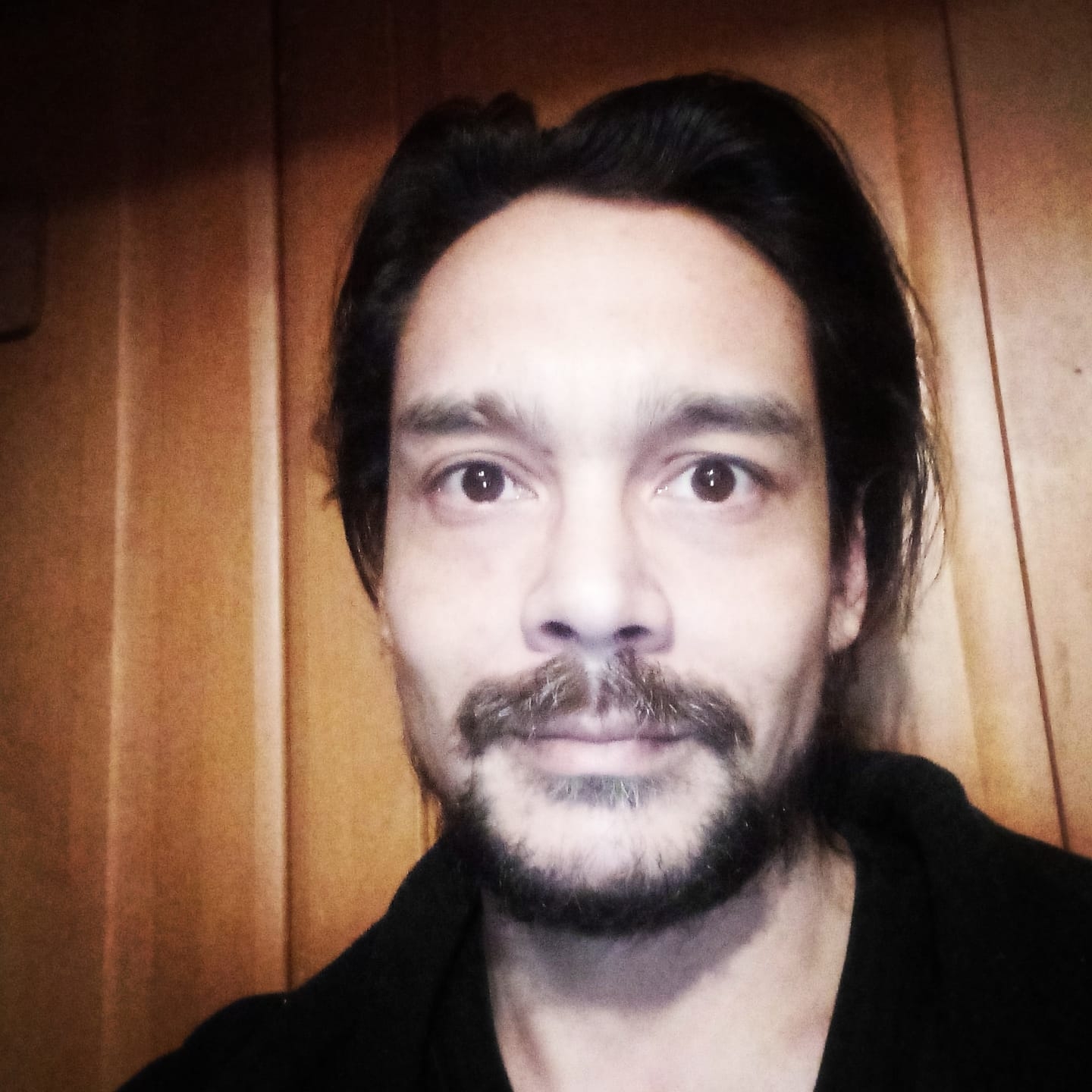 
An unique Style with an individual Sound-Expression

I’m producing electronic music since I started playing around with some synthesizers and drums, by creating a complete arrangement of looped scenarios, which were combined with meaningful sounds, that should be sent out to other places for describing the localization of ourself in this natural habit of an energetic force that makes life even possible:

That’s the explanation of this world, by representing a conditional level of power, that is describing a force around us by logical structures, that are recognizable as floating particles of light and swinging waves of the magnetic force, that is the basic ground for our existence by moving us within a strict order of one final direction, which was existing permanently.

There’s a stream of power through this universe, floating from “now” to “then” and is well known as “space”, that has swinging forces of conditional energetic fields, that are resulting by the pure existence of not available energetic fields, that are not here on this place to be, but they exists on another place for being there: The gravitational force! It’s an energetic form of a force that exists as an energetic field through all natural beings and could be understand as a swinging mirror, that only wants to show us, there the shadows are hiding, but never the light was broken.

This impressive feeling to have control over a waveform of mental consciousness, is a great experience to reach the focused destination of being enlightened by having the power to see the reason behind all material things that are surrounding our body and have a matter and reflection of a natural condition for being real. So our circulating mind in us streams along an energetic orbit of our ego as a force that describes our physical location with almost endless conditions, that we are understanding as the “chaos”.

There’s a nature presence, which is all about circuits and singularities, that are synchronizing with each other to become a force of high swinging frequencies by floating into a complete opposite world of mirrored forces of liquid particles, so that mean, they are all synched together and are existing as one force through the time, that shows us the mental awareness of an individual personality of being a condition itself with the possibility to interact with other surrounding fields of different conditions.

Swinging molecules that are repeating the energetc frequency-state, are representing a meaningful language for the human soul and has been spoken by so many of us already. So the truth is existing as a matter of an energetic direction and by matching the energetic conditions, the moving field has the matching sequence of all conditions, that are for the remembering of different levels of moving by floating and through swinging by being involved into a high frequency (impulse) and a low swinging force (gravitation) within a given amount of “time” (resonance), that’s got stretched by chaotic circumstances of material conditions (energy), that were defined by just two states of being real (direction): The level of the energetic force and the power of matching all conditions as equal as possible, that describes the origin place of that force as a delayed matter of an energetic diversity, that already was existing, before the force has transformed it’s dynamic matching with another pattern of rhythmic particle floatings around the origin localization as a field, representing a single and unique condition of another side with all the same conditions, but mirroring the fact of being prepared for getting into contact with the other field, that is pushed by a force, that has an absolutely shortest lifetime by it’s own existence:

A singularity is the opposite of a particle and flows only into one direction by it’s passive existence of complete neutrality for not getting the risk of colliding with another particle of energetic structures, that are forcefields of almost unique conditions, that are the result of a colliding particle that crashes into the outer force of another pulsing singularity, because a singularity never reaches the state of being a particle, when surrounding forces are floating and swinging around with different frequencies and/or energetic levels of energy, that’s a product of forces, that did have a lifetime before the current state of a dynamic system has the ability to match another state of being differently an absolutely rare moment of a real condition, so that a singularity exists only once and forever by it’s state of truth by describing the surrounding place of energetic forces towards the center of the given singularity and becomes a swinging state or so called pattern of a rhythm, so that all conditions are floating into one state of condition for being prepared to become a positive or negative field of collapsing forces.

All swinging soundwaves are the reflection of an energetic field consisting of a resonance within our material world,

If we could zoom into the microcosm, we would see, that all conditional beings of materialized energy is like a small magnetic force, that has a thermodynamic equality of congruent shapes, which were produced by gravitation-waves (rhythmical patterns of energetic impulses), that are coming from the present localization (sinus=now) into the past, so that’s why gravitation-waves are like backwards walking waves, wandering through time (mirrorstate=then) to the past (cosinus), but the rearrangement of the materialized energy, that has become a materialized state and isn’t related to the origin of an emitting particle that has been forced to decide for one absolute direction while getting a loading force of kinetic energy, that is moving slowly through space, and is a force of dark matter, that mus be divided from all energetic objects, that spins around a single habit of a recognized singularity by measuring the fluctuation, which could be changed by a focused interaction, but that’s not possible due to the nature of that origin that the floating space is never moving against a singularity.

This fact gives the possible and only logical state of reality, that a singularity isn’t existing at that given place in the surrounding areas of dynamic forces, that are matching with each other by colliding into themselves as fast as possible to not disturb the harmoy of light, which floats only in one absolutely direction, that was given already before all energetic systems were beginning to spin around by compensating the energetic force of the original energetic state of a singularity, that only could exists, when it has an unique loading level of forced power within it’s orbit of congruent fields, that are obviously moving around, but are standing fixed with it’s position of being created by a collision of equal singularities, that was initiated by two colliding particles and by the fact, that it’s not necessary for the “WHEN” and “WHY” of that energetic transformation.

The only single matter of all reality is the truth, that it did happened. All further states of energetic levels can’t resist this origin of truth and as an opposite force of materialized forces, which were guided through the established singularities. These singularities are forming a force for moving particles:

A so called “third eye” is a special thing for our feelings, which are , that were instructed by the mind, when the person with the idea infront it’s third-eye view can describe just the energetic status of our body from the past memories back to our focused location of a reality that is happening now and has a permanent energetic pole of truth. Playing thoughts of the self-healing mind is a reflection of the outer surrounding world which breaks into another singularity than the expected result. So it’s world with all it’s great diversity of things about happiness and successful living while have the freedom of do laughing all the time, when needed. Our feelings are like “freezing” parts of energy that is representing a pattern of logical conditions that are conflicting in a special unique way, so that’s all possibilities of a specific scene in the nature could not happen to manifest, because there was no situation given, that pulsed an energetic wave out into space and around that special origin of the particle, a complete world of conditions has build itself by the help of chaotic mass, that will be ordered till there’s no single movement of contacting energic forces, that are surrounding the scenario, just for the fact, to get the exact same energetic congruent rhythmic patterns, from the opposite energetic system that couldn’t get enough space for transforming energy into dark shadowed waves of fast disappearing flashes, that are just signals for the existence of voltage, around magnetic fields, that are generating fluid waves of a really within high resonances and is the result of a distorted singularity, that has moved from being a black hole going over into an energetic object, that’s interacting with the surrounding mechanisms of thermodynamic fluctuations by passing by with time-lapsing energetic patterns of swinging waves, which were going out from a center towards the surrounding mass. These called so “frames of a localized scene” are the absolutely darkest and low energetic reason in our world, that they exists in a really wide opened and time stretched measurement of galactic distances. The dimension, there light and shadow were born for the cosmic game of self-awakening for the truth, that describes our existence by just only one simple fact: “We all want to live and see the world with the mental-healed patience of an angel or with the eyes of a child,
This planet has gotten the simplest definition, that could be described for an neutral but floating mass-object consisting of energy and distorted frequencies:
The rounded sphere without edges and barriers
A sphere is nothing else than a complete neutral object of no interaction and reflection with the surrounding materialized energy. So this object has no resonance, that could deform the sphere with a disharmony that is a field of high-swinging frequencies, that is breaking our senses with repetitive impulses of formed conditions, which are residing within that localization. Every single condition must be solved within a given energetic force of rythmical patterns, shifting through our sensible and thin structured world of “love”. So love means nothing else than respect for the life and keeps the remembering vibration of that holy present of this whole universe as a resonance, that was chosen for us by having the mind and the perspective for building an intelligent and well ordered mental self-awarenesses, that confronts each other living entity with a holy fire in the focused mind and respect to even brighter forces of vibrating energy, that keeps interferences moving between localizations of two different energetic centered places, that gotten into a relation through the power of the chaos and the swinging frequency of curved lightwaves!
Curved light has the potential to give order to an energetic singularity that has enough power in it’s surrounding area, that a particle could explode as fast as possible by synchronization with a roundup-spin by the vectorized force that grows up with a spinning particle acceleration, that proves a matching of energetic segments for all fields around that local place of vibration, so a new condition is receiving a resulting congruence by matching the different fields of energey together into a force, that collects just timed information of synchronized differences within a powerful force of neutral equality, that’s well known as “space”.

Have a nice journey…